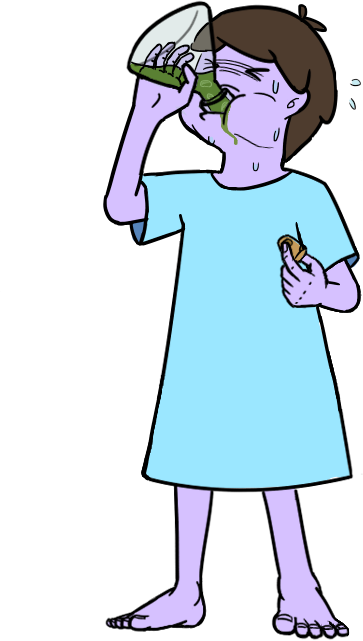 Surely a drink to toast the New Year won’t do any harm...? 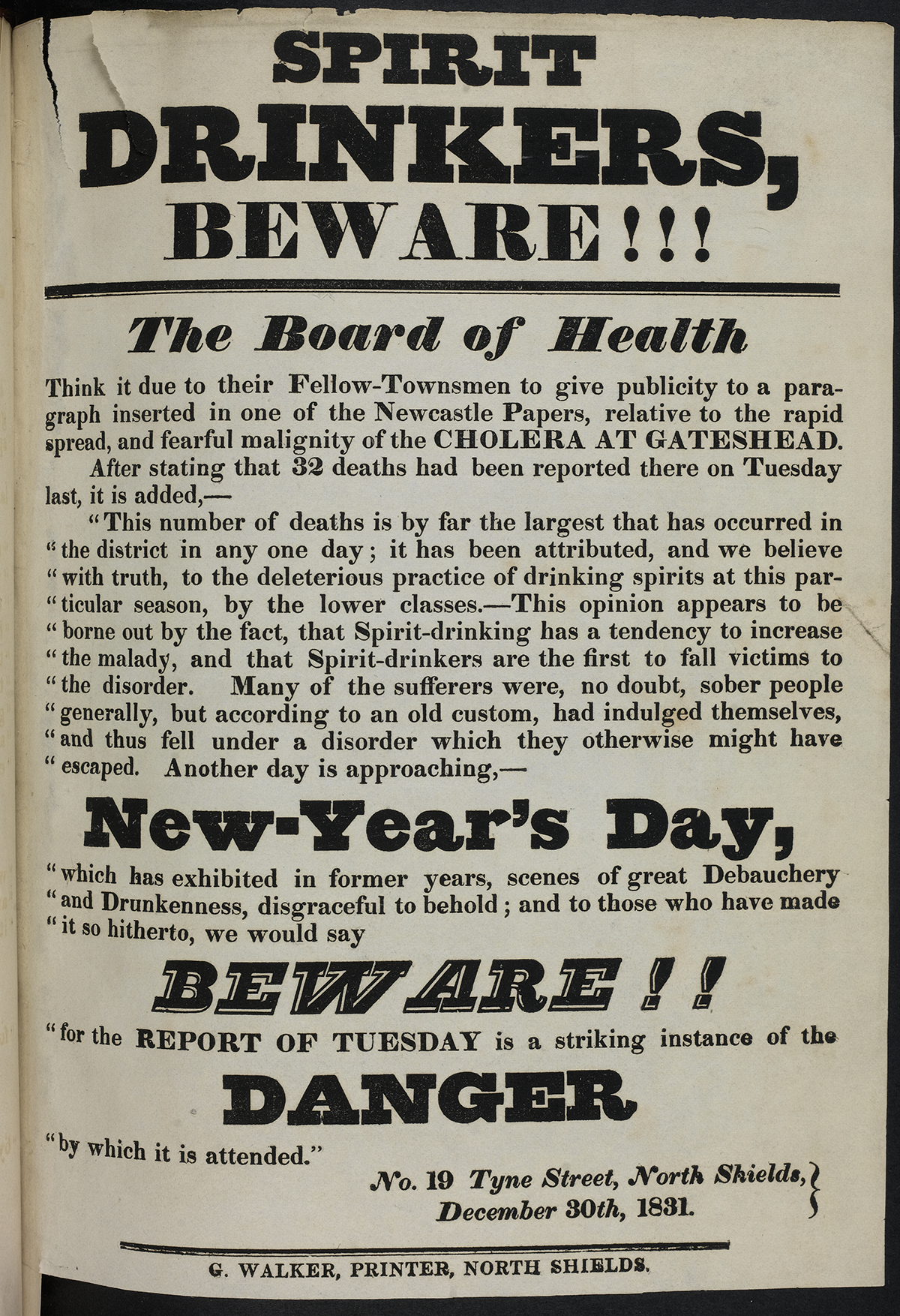 The Board of Health

Think it due to their Fellow-Townsmen to give publicity to a paragraph inserted in one of the Newcastle Papers, relative to the rapid spread and fearful malignity of the CHOLERA AT GATESHEAD.

After stating that 32 deaths had been reported there on Tuesday last, it is added,-
“This number of deaths is by far the largest that has occurred in the district in any one day; it has been attributed, and we believe with truth, to the deleterious practice of drinking spirits at this particular season, by the lower classes – This opinion appears to be borne out by the fact, that Spirit-drinking has a tendency to increase the malady, and that Spirit-drinkers are the first to fall victims to the disorder. Many of the sufferers were, no doubt, sober people generally, but according to an old custom, had indulged themselves and thus fell under a disorder which they otherwise might have escaped. Another day is approaching, –

Which has exhibited in former years, scenes of great Debauchery and Drunkenness, disgraceful to behold; and to those who have made it so hitherto, we would say

For the report of Tuesday is a striking instance of the

By which it is attended

Cholera spread throughout the world via trade ships, whose crew carried the disease with them when they journeyed from country to country.