This disease is terrifying, read here to find out what the Government says will happen to me! 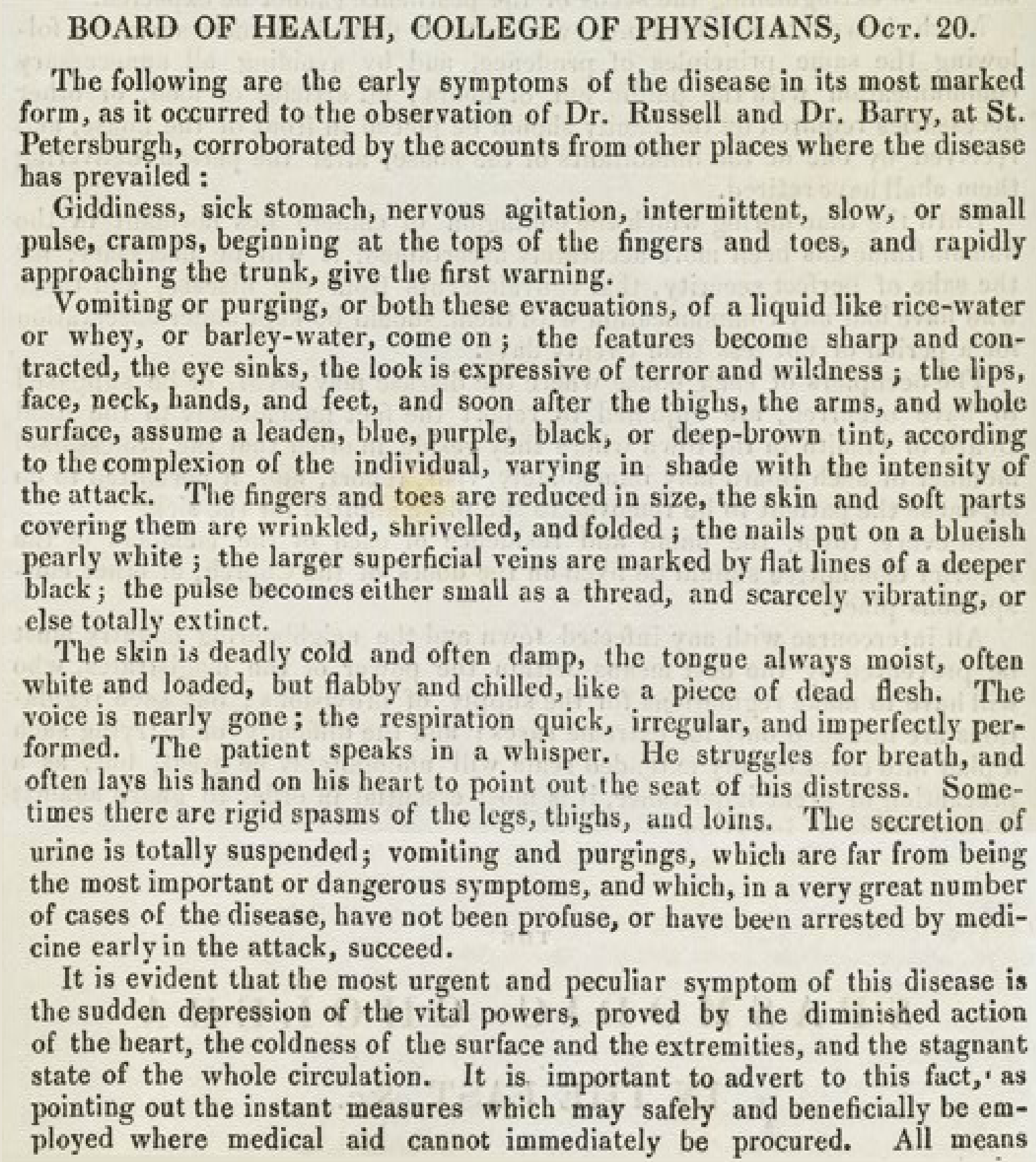 The following are the early symptoms of the disease…

Giddiness, sick stomach, nervous agitation, intermittent, slow or small pulse, cramps, beginning at the tops of the fingers and toes, and rapidly approaching the trunk, give the first warning.

Vomiting or purging, or both these evacuations, of a liquid like rice-water or why, or barley-water, come on; the features become sharp and contracted, the eye sinks, the look is expressive of terror and wildness; the lips, face, neck, hands and feet and soon after the thighs, the arms and whole surface assume a leaden blue, purple, black or deep-brown tint, according to the complexion of the individual, varying in shade with the intensity of the attack. The fingers and toes are reduced in size, the skin and soft parts covering them are wrinkled, shrivelled, and folded, the nails put on a blueish pearly white, the larger superficial veins are marked by flat lines of a deeper black, the pulse becomes either small as a thread, and scarcely vibrating or else totally extinct.

The skin is deadly cold and often damp, the tongue always moist, often white and loaded, but flabby and chilled, like a piece of dead flesh. The voice is nearly gone; the respiration quick, irregular and imperfectly performed. The patient speaks in a whisper. He struggles for breath, and often lays his hand on his heart to point out the seat of his distress. Sometimes there are rigid spasms of the legs, thighs and loins. The secretion of urine is totally suspended; vomiting and purgings, which are far from being the most important or dangerous symptoms, and which, in a very great number of cases of the disease, have not been profuse, or have been arrested by medicine early in the attacked, succeed.

It is evident that the most urgent and peculiar symptom of this disease is the sudden depression of the vital powers, proved by the diminished action of the heart, the coldness of the surface and extremities and the stagnant state of the whole circulation.